One of those days

Its one of those days when your baby decides not to go to his daycare school after traveling fifteen minutes to reach the school, when your fridge cooling system dies down in middle of summer, when you are waiting for more than one month for ATM card and find yourself lining up along with all the people sweating and smelling away in glory because its the end of the month and just as your turn comes the banking core system (whatever fancy name they give) gives up. Its one of those days when you simply want a quite moment of your own and your baby decides to play car and dinosaur with you. Or Ben10. Being spider monkey is not the most exciting picture. 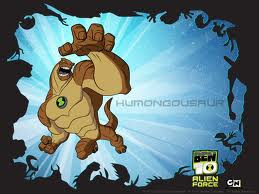 At this rate I am pretty much turning into real dinosaur and bite the heads off of anyone approaching my territory. I am tired, I need rest, I need my fridge back, I need my baby to go quietly to school. I need.....to breathhhhhhh, get my groove back and be super mom again.Sometimes I think..comeon just lil kid...you can handle it. Be cool. You are the grown up here. Show some authority. Then I go home and well ..I am back to being the Kevin Levin (thats Ben10's friend or something) or brainstorm (another Ben10 alien character) or whatever he chooses to make me into while he the Ben10 decides to squash me and fight me. If I don't pretend to die he will cry me off to death. Ah...the quality moment with your child. And here I had a rosy picture of me reading him books and teaching him how to write and he like a good boy doing what I wanted him to do. So much so for rosy picture and catching up with my reading.And that reminds me the evolution of entertainment. I didnt know about alien till I started reading books about human race and watching Spielberg's E.T. That was most over hyped movie there ever was. I dont see the big deal in that movie nor Star wars...but guess thats because I grew up in different parts of earth and face it that was globalization taking place. Anyways, my highlights of my younger days was watching tom and jerry (that is classic and still is..though now people have started questioning the violence shown there). And of course, how can one can forget He-Man, the master of universe, eh? All that blond hair and brawn..and riding on the tiger fighting to defend the Castle of Gray skull...


Now, because of Ben10 my lil' hero knows about alien and spaceship. Edge! My son is brilliant. Now only if he can write his A's properly. Somehow, he still thinks A should be inverted. There is a point there since when I am teaching him he is opposite to me so A is inverted to him...:) Oppss...silly mummy, eh? However, after  one inverted A, its back to being humongousaur. Or as he says - Its hero time.

MY WORLD, MY READS, MY THOUGHTS FOR A cheltrum